David Keuning is the guitarist for the American rock band The Killers. In 2000 Dave moved to Las Vegas because he felt he was missing out on great shows while living in Iowa. He worked at The Venetian for a while before finally starting the band The Killers. Good thing for us music heads that he did!

Let's look at some of the gear and equipment that has been seen in The Killers guitar player Dave Keuning's Guitar Rig. 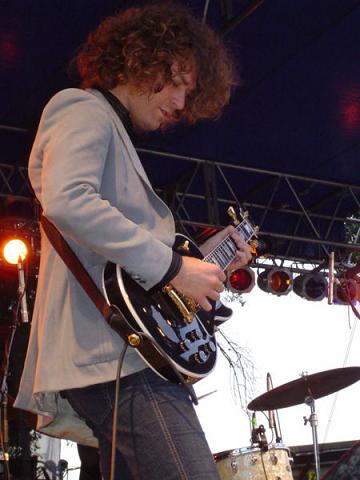 Guitars
- Fender Starcaster (looks like a Gibson Vegas, Also in the "For Reasons Unknown" video)

- Fender Stratocaster candy apple red, most likely an American one

- Gibson SG Supreme in the "Read My Mind" video