Matt Tuck plays both rhythm guitar and also lead guitar, as well as being lead vocalist in the metalcore band Bullet for My Valentine. He can also play drums, keyboards, the recorder and harmonica.

Let's look at some of the gear and equipment that has been seen in Matt Tuck's guitar rig. 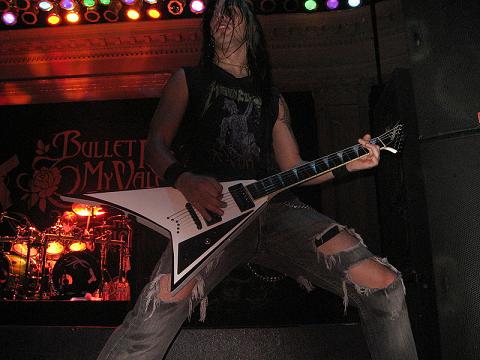 - B.C. Rich guitars (switched to these in 2011. Has JR Deluxe V (2 EMG) and a Mockingbird Pro X Hardtail and a white Warlock)

- Dunlop Tortex picks .50mm Red Color (or as one person reported, may be the .60mm ones)