Flynn also spent a short time in the thrash metal band Forbidden from 1985 to 1987, but left before an album was released.

Let's look at some of the gear and equipment that has been seen in Machine Head's Robb Flynn Guitar Rig. 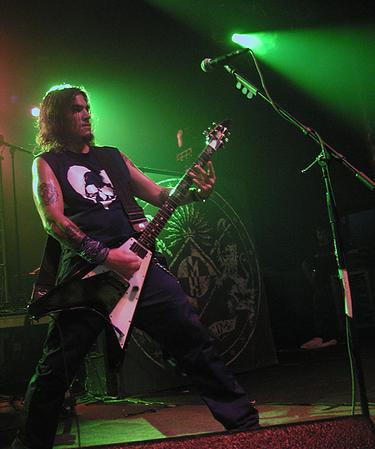 - Eric Clapton Yamaha Acoustic (Robb said in an interview it was a yamaha, however our guess is he meant the Martin?)