Rob Barrett is one of the guitarists for the death metal band Cannibal Corpse. He joined Cannibal Corpse in 1993 and left in 1997, but rejoined in 2005. He features on the albums The Bleeding, Vile and Kill. Rob has helped write several Cannibal Corpse songs, including She Was Asking for It, Devoured by Vermin, Stripped Raped and Strangled and Absolute Hatred.

In 1992, he played lead guitar on the landmark death metal album Retribution by Malevolent Creation. Later that year he joined Cannibal Corpse shortly after they had recorded Tomb of the Mutilated and stayed for the subsequent tours and played with the band through 1996’s Monolith of Death tour. Although Barrett left in 1997, he rejoined in 2005 to replace Jack Owen, who left to work on his second band Adrift and Deicide. Rob has an endorsement deal with Dean Guitars.

Let's look at some of the gear and equipment that has been seen in Rob Barrett's Guitar Rig. 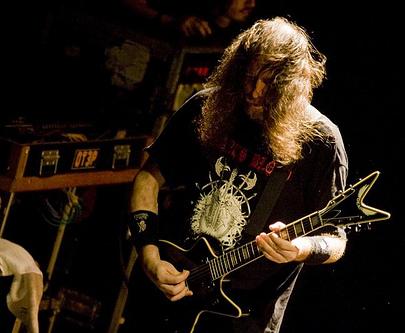