Wayne Static is an American musician, and currently the singer, guitarist, keyboardist, and programmer for the industrial metal band Static-X.

Wayne's rig is super affordable and very minimal. This is the type of rig anybody can own.

"You don't have to pay a lot of money for great gear...the gear I play is very affordable." - Wayne Static in a gearwire interview video

Let's look at some of the gear and equipment that has been seen in Static X Wayne Static's Guitar Rig. 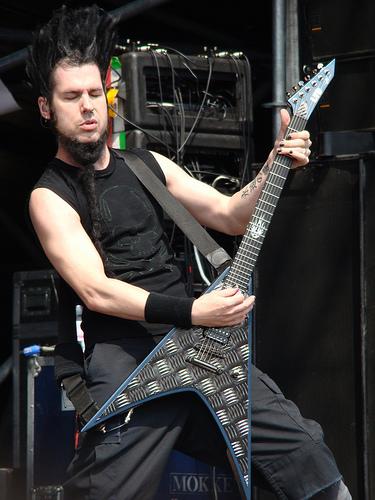 Note: One of our readers who toured Europe with Static-X in 2009 says Wayne went straight into Line 6 rack pods to the PA

- Electro Voice microphones (in studio and on tour)