Brad Delson is a musician, who is currently the lead guitarist for the band Linkin Park. He is also the A&R for Machine Shop Recordings.

An interesting thing about Brad's Linkin Park rig is that he wears Shure headphones on stage. Forget the stage monitors! Delson has also played Bass and keyboards on various recordings.

Let's look at some of the gear and equipment that has been seen in Linkin Park's Brad Delson's Guitar Rig. 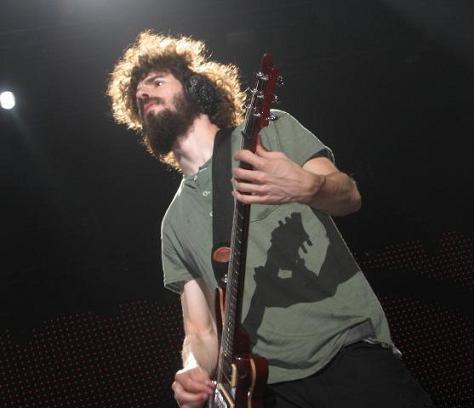