Ray Toro is the American lead guitarist and one of two backup vocalists for My Chemical Romance. He has been known to play Gibson Les Paul guitars with Seymour Duncan pickups through Marshall amplifiers.

Let's look at some of the gear and equipment that has been seen in My Chemical Romance's Ray Toro's Guitar Rig. 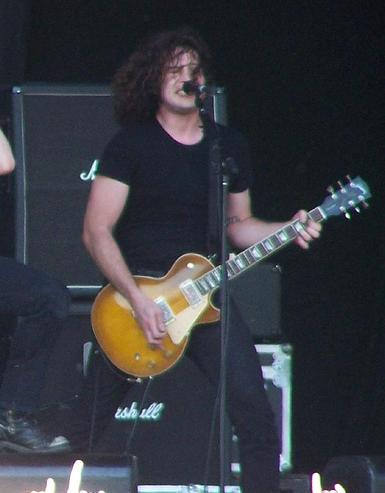 - Gibson or Epiphone Explorer - it appears to be the Epiphone, with changed pickups (Korina)

Effects and More
- Dunlop Rotovibe (according to Dunlop site)

- Boss Pitch Shifter (Ray says this is to do harmonies)

- Electro-Harmonix POG Polyphonic Octave Generator (Toro called this one of his favorite pedals, in a 2011 Guitar World interview)

- Dunlop Tortex yellow picks (appears to be the sharp ones. Custom printed. Seen in 2011)