Peter Buck is the guitarist and co-founder, along with Bill Berry, Mike Mills, and Michael Stipe, of the alternative rock band R.E.M. He is the oldest member of the band (REM).

It is one hard task to find out what gear Buck's rig has consisted of, but we found out enough to give you a pretty decent profile. Peter Buck has been well known as a Rickenbacker and Vox AC30 player.

Let's look at some of the gear and equipment that has been seen in R.E.M.'s Peter Buck's Guitar Rig. 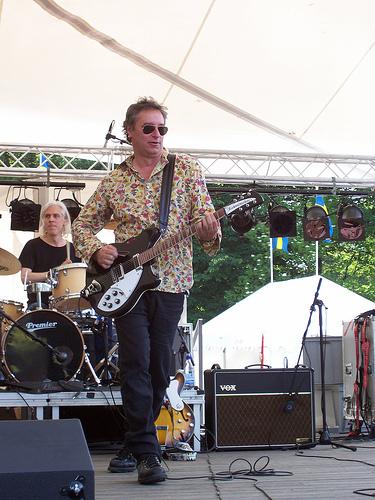 - Gretsch (not sure models)

- Wah-wah (not sure which model. Assuming a Vox)

- Morley - he is listed as a user on their site. Not sure what pedal though

Note: The above string info was actually listed by someone at Rickenbacker who was setting up Buck's guitar.