Combining shuddering, groove-laden funky soul and folky handcrafted acoustics, singer/songwriter and guitar player Ben Harper enjoyed cult status during the course of the '90s before gaining wider attention toward the decade's end. As a young artist, Harper combined elements of classic singer/songwriters, blues revivalists, Jimi Hendrix, and such '90s jam bands as Blues Traveler and Phish, which meant that he was embraced by critics and college kids alike. Despite the commercial success of the radio single Steal My Kisses" in 2000, Harper continued to explore different musical textures into the 21st century, enjoying a solid fanbase at home and a considerable amount of fame in Europe, where was named 2003's "Artist of the Year" by the French branch of Rolling Stone. Ben is known to often play acoustic guitar and lap steel in addition to electric guitar.

Let's look at what gear and equipment has been seen in Ben Harper's Guitar Rig. 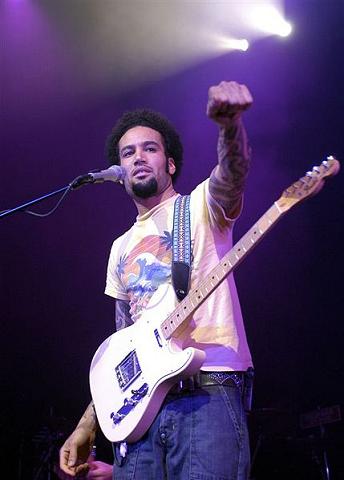 Notes: Ben Harper admits he has tons of guitars and loves collecting them. We can't find a ton of
exacts on what's in his collection, but we have an idea

- The Black Lap by Rob Mondell