Johnny Christ is the bassist for the metalcore/hard rock band Avenged Sevenfold. He is the third bassist for Avenged Sevenfold, following the departures of Dameon Ash and Justin Meacham. He dropped out of Marina High School before his senior year to tour with the band. He first recorded on their second CD Waking the Fallen.

Let's look at what gear and equipment has been seen in Avenged Sevenfold's Johhn Christ's Bass Gear Rig. 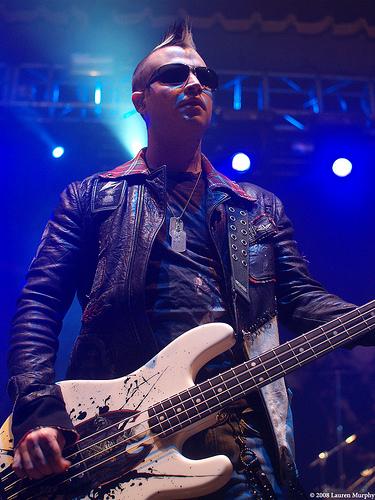 Note: Johnny's Musicman basses are custom painted at the factory. He has some very cool ones including a white one with bits of black paint

- Nash bass (eyewitness reports, confirmed in video with his tech)