Phil Sgrosso is a current guitarist for the metalcore band As I Lay Dying, and co-wrote the album Shadows Are Security, as well as the new album An Ocean Between Us. In addition, he recorded the entire "A Long March" album. He is also a member in the band Double Whammy (with band-mate Nick Hipa) and Saber Tooth.

Let's see what guitar gear and equipment has been seen in As I lay Dying's Phil Grosso's guitar rig. 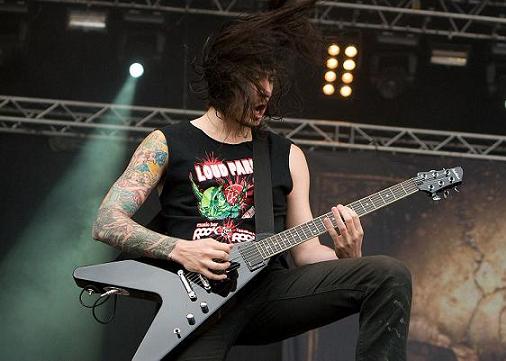