Trey Anastasio is an American guitarist, composer, and vocalist most noted for his work with the rock band Phish. Trey Anastasio was ranked as number 73 on the Rolling Stone List of the 100 Greatest Guitarists of All Time in 2003.

Let's look at what gear and equipment has been seen in Trey Anastasio's Guitar Rig. 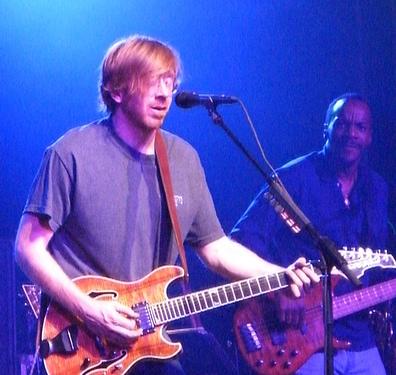 - Alesis Nanoverbs (just in his rack as a space filler)

- Hand made cables by Brian Brown

- Ross Compressor (dropped this from his rig)