Eddie Vedder is the lead singer and one of three guitarists for the rock band Pearl Jam. He is notable for his deep baritone vocal style, and for being a cultural icon of alternative rock.

Eddie is known for his vocals, but he also plays guitar in the band. He has the most minimal rig out of the Pearl Jam guitar players. His guitar signal path is pretty simple.

Let's look at what gear and equipment has been seen in Pearl Jam's Eddie Vedder's Guitar Rig. 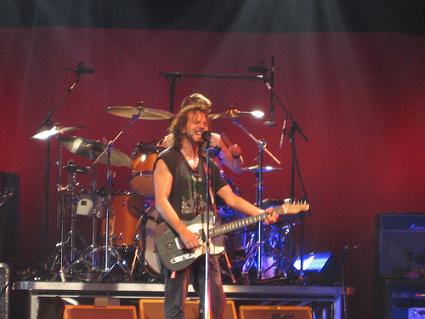 - Mosrite 12 String Formally owned by John Entwistle ( The Who )