Willie Adler is one of the two guitarists in the heavy metal band Lamb of God. He is the younger brother of bandmate Chris Adler (drummer).

Willie joined the band after the first guitarist, Abe Spear, left the band. Self-taught, Willie is well-known for his unconventional style of playing, which includes odd chord shapes, unique timing patterns, odd rhythms, and high usage of his fretting hand's pinky finger. He plays mostly the jagged staccato riffs in Lamb of God's songs, while Mark Morton plays more of the groove-oriented rhythms.

Let's look at what gear and equipment has been seen in Lamb of God's Will Adler's Guitar Rig. 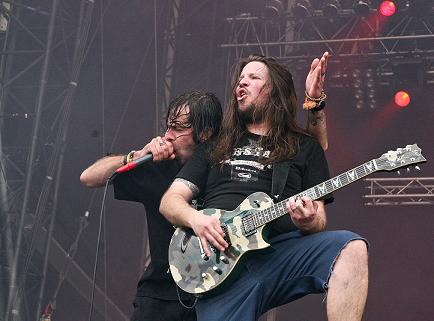 - Endorsed Framus in the past

Note: There was a lower cost version of Willie Adler's guitar - model WA-600.