Prince, who has been known as a symbol and The Artist Formerly Known as Prince (TAFKAP), was much more than a singer and excellent songwriter. He also played a mean guitar, bass, drums and more! Guitar is the instrument he most often played live, but he also played a lot of piano throughout his career.

Let's look at what gear and equipment has been seen in Prince's Guitar Rig. 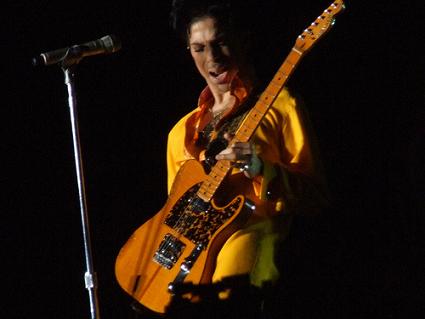 - Fender Dark Blue Tele with flowers painted on it

Notes: At least some of the solidbody guitars are equipped with EMG active pickups (EMG SA and EMG 81's)

Prince's Strings and other guitar things