Eric Johnson is a guitarist and recording artist from Austin, Texas. Best known for his success in the instrumental rock format, Johnson regularly incorporates jazz, fusion, New Age, and country and western elements into his recordings.

Guitar Player magazine calls Johnson "One of the most respected guitar virtuosos on the planet". Johnson composes and plays not just instrumental songs, but also sings and plays piano.

Eric Johnson has used many amps, guitars and effects over his almost 30 years as a professional musician.

Let's look at what gear and equipment has been seen in Eric Johnson's Guitar Rig. 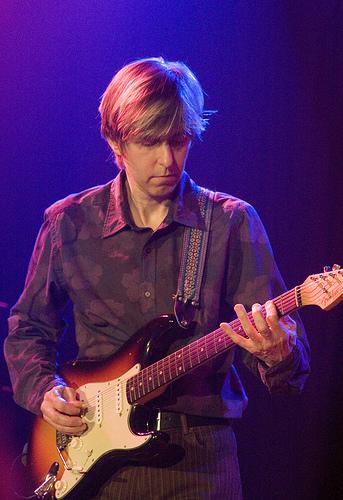 Guitars
- Eric is well known as a Fender Stratocaster man. He has a ton of American made Fender strats.

Eric has said in interviews that his guitar amps are put together by Bill Webb, George Alessandro, or Bill Ussery.