Jerry Cantrell is a guitarist, singer, and songwriter best known for his work with the grunge/metal band Alice in Chains, as guitarist and main songwriter. He performs lead vocals on his solo projects, and was part of Alice in Chains' distinctive harmonizing dual-vocal style. 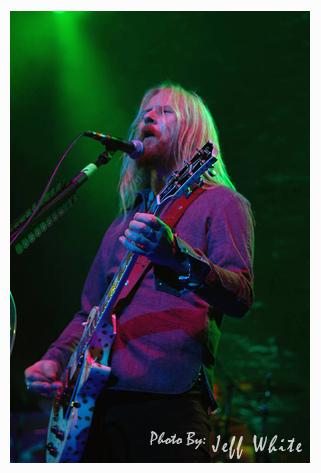 - Dean Soltero - he plays the USA version (Note: there are pics of Jerry playing his Deans on their site)

- Bogner Shiva (has stated this is his main amp, in some interviews)

The following gear was seen in Jerry's July 2009 guitar rig:

Here is some gear that Jerry has been seen using in the past and present: