It was very hard to find any info on what Kenny plays, but we did some research and will share this info with you below. A lot of our research is based off of live sightings of Kenny. Let's look at what gear and equipment has been seen in Kenny Chesney's Guitar Rig! 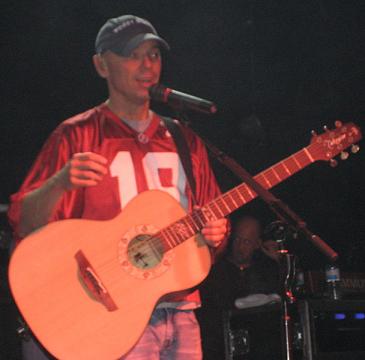 It is a fact that Kenny plays Gibson guitars. On the Gibson site there was a blurb about how Kenny's favorite guitar is the Gibson Les Paul Standard (an awesome guitar by the way).

- In one picture it appeared that Kenny was playing a sunburst Gibson Les Paul standard. It's one of the most popular guitars of all time:

- In another Kenny Chesney is playing what appeared to be a Gibson Les Paul classic, in black.

- Kenny's guitar in other pictures sure looks like a Gibson Les Paul Standard 50's neck electric guitar in the Midnight Manhattan color: 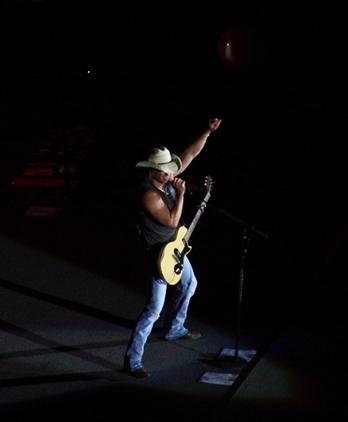 - It's somewhat hard to tell from the picture, but it appears Kenny is playing a Gibson Les Paul Junior in TV Yellow OR a Melody Maker guitar 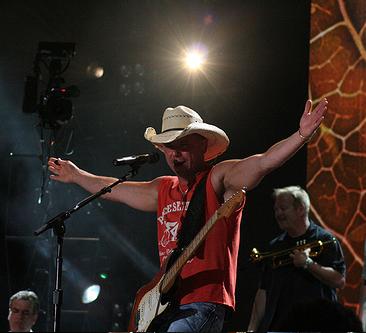 - In older pictures it appeared like he played a Takamine EF341SC Acoustic Guitar:

- For amplfiers, there is even less info. Kenny Chesney is a Peavy endorser. On their site there is a bio for him but it mysteriously doesn't list the gear he uses. There is however this paragraph in a different section of the site: "Chesney's band uses Peavey T-Max bass amplifiers and Classic 30 and Nashville Series steel guitar amplifiers".

Here is the Peavey Classic 30 amp:

- Bad Cat amplifiers have also been seen at Chesney shows