Carlos Santana is a Grammy Award-winning Mexican-born American Latin rock musician and guitarist. What type of guitar gear would a legend such as he play? Let's take a look at what gear and equipment has been seen in Carlos Santana's Guitar Rig. 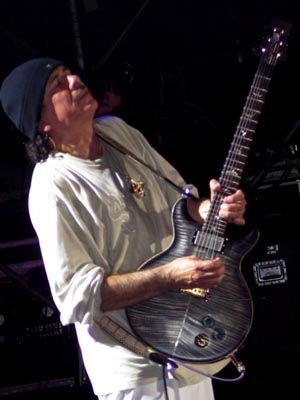 - Boogie cabinet with Altec 417-8A speakers

- Shure KSM-32 microphones are used to pick up the sound, going to the PA