We had a chance to chat with Sambo Moncivaiz, bassist in the band Reform The Resistance. We got the lowdown on their latest album, “The Truth Is Dangerous”, and of course all of the guitar and bass gear the guys are using in their rigs! 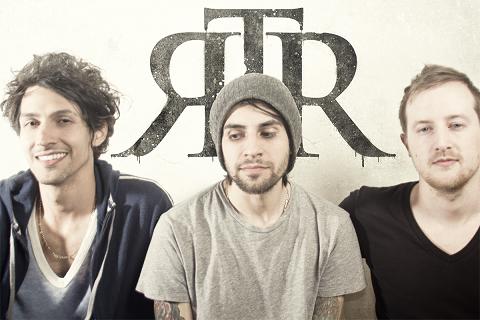 UberProAudio: Tell us about the most recent Reform The Resistance album “The Truth Is Dangerous” (Apr. 2011).  How would you compare it to the bands previous work when you were known as Justifide?

Sambo: The first difference is that we produced this album ourselves, well Jason (singer/guitar player) was the lead on it anyways, but he's very nice to hear our ideas too. We also recorded the album before Wuli Records came onboard, so we had no time limit or added pressure :) With Justifide, we were signed, and everything was so professional. Getting paid to record, getting set up in hotels, and showing up to a studio every day was a lot of fun. But doing this by ourselves was a very relaxed process and I think that came out a lot in the different sounds and production of the songs. We didn't want to force anything.

Sambo: Jason has an Orange set up. He has the something 30 amp, and a 4x12 orange cab with celestion speakers. His pedal board is always changing too! He is a bit finicky with those things, he loves something one day and moves on the next. He uses the Ernie Ball Super Slinky strings, I think he plays with 12's.

The bass set up live is a David Eden World Tour 800 with a 4x10 cab paired with a 18 subwoofer. I have a Holy Fire distortion pedal, a DOD envelop filter, the bass micro-synth and a chorus pedal I just got made by T-Rex called The Sweeper. I use DR Strings, the Low Riders, medium heavies.

Sambo: Jason uses the same stuff live and in the studio. He's still building his guitar set up though. As soon as he gets some extra money, I'm sure he's gonna buy more amps and cabs.

For the bass, I have a 1965 Ampeg B-15 and that's all I use for the studio. It is the greatest bass amp ever created after all! But too old to take on the road.

Sambo: Jason's Orange amp and cab are his babies. But he wouldn't mind adding 20 more to his set up. Just for variety of course. For the bass, I'm pretty much set. The only thing I have ever wanted that I don't have is a Gibson SG bass. Maybe someday.

UberProAudio: What is it like playing in a band with your brother? Do you find there is a different type of musical connection?

Sambo: On one hand, we have a connection that we could never have with anyone else. Everyone has their own rhythms, you know? Sometimes it's hard to understand when someone is showing you how to play a part they came up with. Me and Jason get each other. But, since we both have a lot of crazy ideas, occasionally we bump heads. I think we quit the band once or twice recording this past record, and over silly stuff like the bass line in the second verse of a song. But it never lasts long, and the good moments overshadow any arguments we have.

UberProaudio: Tell us about the ‘Kill Lies” video that has been getting praise as of late.Who created the concept for the video? What was it like doing the shoot?

Sambo: Our good friend Ben Monteiro had all the ideas. We know him from touring with his band in Europe. He directed one of their own videos and it turned out so well, we thought we would ask him if he would be interested in doing one of ours. He immediately got back to us with all these ideas. He's from Portugal, and we shot in the states. So we had one week with him. And the first few days were getting him rested and showing him around since it was his first time in the US. So we shot 2 videos in 3 days. It was non stop and we didn't sleep much at all. But it was worth all the hard work.

UberProAudio: What’s on the horizon for the band?

Sambo: We have a west coast tour in May for 2 and a half weeks. The goal now is to start playing as many shows as we can and start getting in front of people. Hopefully people will be digging the videos and music and want to come out and see us! As for a new record, no plans yet. We want to tour off this last one for a while first. But we are always writing songs and ready to go!

Make sure to checkout out Reform The Resistance at http://www.facebook.com/ReformTheResistance