If you were wondering whether your recording studio computer could benefit by having a second hard drive, then read further. Get all you can out of your studio! 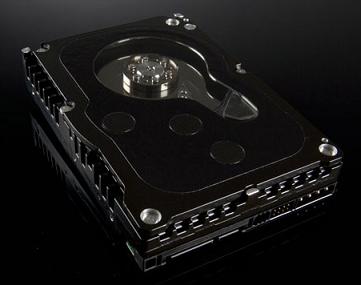 Most computers come with a single hard drive. More expensive computers often have large drives with lots of disk space. Chances are that you started off using this single drive for all your music recording. As you record more and more tracks you being to wonder whether you should be using two hard drives to do your recording. Your hunch was right - there are many benefits to using dual hard drives when recording audio with your DAW computer.

I'm a computer scientist during the day but realize that most people don't care about all the deep scientific details of why they should use two hard drives in their recording studio. I'm not going to throw a bunch of tech talk at you because it's not really needed. What I will do is explain things so that they make sense.

Before I discuss the benefits of two hard drives, first let's talk about how to set them up. The ideal way to setup two drives is to have one drive installed on one cable and the other hard drive installed on the other data cable. The hard drive on the main cable should have Windows and all your programs (DAW, etc...) installed on it. The second hard drive should be formated and only used for audio files and data used by your DAW. I create seperate folders on the second hard drive for each project I do (named after the band I'm recording)  and save all the DAW's audio files and project files to the appropraite folder. The primary drive can be much smaller than the secondary audio drive. Why? Because all of your audio files will be stored on the secondary drive which means you will be taking up a lot of storage space on that drive. The main drive on the other hand, will only have the Operating System on it and should not be filled up with data since that is what the secondary drive is for.

I recommend you get the fastest drives you can for your system. At the time of this writing, I would recommend the Western Digital Raptor drives that run at 10,000 rpm. These benchmark quite a bit better than 7,200 rpm drives - checkout the Raptor X - oh so hot looking (see a photo of the Raptor X in this article). Don't forget that the Raptor drives use a SATA connection which most older computer don't have. The safest idea is when you are looking for a new drive, do your research. Check and see what type of drive your computer can handle, then research what the best drives are out on the market.

One reason you don't want to use a single hard drive for recording is that there is a higher likelihood of the data on your drive to become corrupted. The more reads and writes that occur on a drive, by the rule of statistics, the more chances there are that something with go wrong and there will be an error. For an example, the error rate (non-recoverable) for the Raptor drives is listed as < 1 in 1015 BITS read - so it does happen.

A large reason that you want to have two hard drives setup in the manner I mentioned, is that performance will improve. By having two drives with the seperation of duty discussed (one for OS and other for audio files) you get the advantage of having read/writes done at the same time. When you use a single hard drive to run your operating system and your DAW, the hard drive has to move it's read/write heads from one part of the disk to the other. If you look at the seek time for a hard drive, you realize that there is an amount of time associated with each one of these movements of the read/write heads, which increases latency.

Using two drives means the drive heads will move much less than if you were running everything off of one drive. This will help to extend the life of your drives. Also, this will help keep your disk less fragmented (data spread across the platters).

I hope the few reasons I listed are enough to convince you to setup your audio recording computer with two hard drives. If you want to dive more deeply into hard drives there are a host of great websites out there for you. Until next time!