Awesome Guitar Gear - What all the Pro's are using

Ever wondered what the most common guitar gear and equipment is that pro musicians use in their rigs? After profiling tons of pro rockstar's gear we can tell you! Keep on reading for the dirty little secrets you want to know!

Note: New stuff is going to be added here as we go! 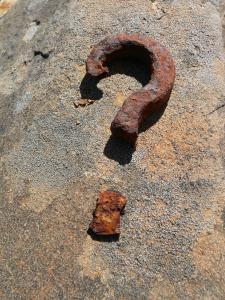 Hi guys. I probably know more about what gear the pro's use than your average musician. Through my research I have been able to pay careful attention to what tons of famous guitar players, bass players, and drummers use for their music rigs.

We thought it would be really useful to everyone if I created this one article that is updated periodically with some of the recurring gear that seems to be really popular with the pros. Let me explain - there is some music gear out there -guitars, basses, pedals, strings, etc... that seem to be used an aweful lot by pro musicians. This page will list this gear - think of it as your one stop shop for the hottest stuff.

If you come across any items that should be added here, based on your research, Post a Comment. This is meant to be a fun page that everyone can add their thoughts to.

So, you are pretty much guaranteed anything you buy on this page will kick a$$! Let me know if you try anything out, and feel free to give your review.

Click the gear pics for more info at Musician's Friend

Notes: They wouldn't have packaged a toy Gibson Les Paul with the Guitar Hero game if it wasn't THE guitar of the rock gods.

Notes: I think the question is what famous player doesn't own a ES-335?

Notes: The SG is pretty popular, with the SG standard being one of the more popular models.

Notes: One of the most popular tele's out there. Lot's of pro's using this one.

Notes: The strat is used by many. The american one is a popular specimen.

Notes: This was the first Marshall tube head I got. It was really loud! I actually played a whole show with the head on 1 (would have sounded a lot better on 10 :) though) !!! This or the 1959SLP is used by quite a few pros. The nice thing about it is that you need to use it with pedals since it is only a single channel (no distortion channel aside from tube overdrive). It sounds awesome.

Notes: The Vox AC30 appears to be one of the most used amps of the pros. I'm dying to get one - pick one up if you want a classic.

Notes: Another very popular amp. Often used by the pro's for clean sounds.

Notes: The Marshall JCM heads are very popular amongst the pros. These are what the big boys play.

The Marshall 1960A Cabinet:

Notes: This is one of the most used guitar cabs out there. You need this if you want to be a rock god.

Notes: The dunlop is the most used Wah. It gives you that classic wah sound, and almost all the pro's have one.

Notes: Appears to be one of the most commonly used tuners as far as pedal tuners go (we'll checkout rackmount tuners also).

Notes: One of the most popular delay pedals. Used by many great guitarists.

Notes: An interesting effect used by many of the guitar greats.

Notes:The digi whammy is quite popular amongst pros, especially the ones that can shred.

Notes: A popular phase pedal used by many.

Notes: A classic pedal loved by MANY.

Notes: Another classic. Used a lot in alternative guitar sounds.

Notes: The dunlop tortex picks are probably the most popular pick used amongst guitar players.

Notes: Ernie Ball slinky strings are popular amongst the pro's. Luckily for you they aren't too expensive either!